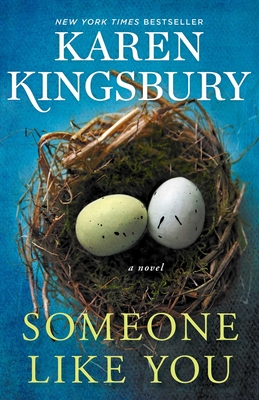 Email or call for price

Science raises questions only love can answer in this moving and thought-provoking novel from the #1 New York Times bestselling author of “heart-tugging and emotional” (Romantic Times Book Reviews) life-changing fiction.

One frozen embryo. Two families with life-long secrets. And a guy who never planned to fall in love again.

Maddie Baxter West is shaken to the core when she finds out everything she believed about her life was a lie. Her parents had always planned to tell her the truth about her past: that she was adopted as an embryo. But somehow the right moment never happened. Then a total stranger confronts Maddie with the truth and tells her something else that rocks her world—Maddie had a sister she never knew about. Betrayed, angry, and confused, Maddie leaves her new job and fiancé, rejects her family’s requests for forgiveness, and moves to Portland to find out who she really is.

Dawson Gage’s life was destroyed when London Quinn, his best friend and the only girl he ever loved, is killed. In the hospital waiting room, London’s mother reveals that London might have had a sibling. The frozen embryo she and her husband donated decades ago. When Dawson finds Maddie and brings her to Portland, the Quinns—her biological parents—welcome her into their lives and hearts. Maddie is comforted by the Quinns’ love and intrigued by their memories of London, who was so much like her. Is this the family and the life she was really meant to have?

Now it will take the love of Dawson Gage to help Maddie know who she is...and to help her find her way home.
Karen Kingsbury, #1 New York Times bestselling novelist, is America’s favorite inspirational storyteller, with more than twenty-five million copies of her award-winning books in print. Her last dozen titles have topped bestseller lists and many of her novels are under development as major motion pictures. Her Baxter Family books are being developed into a TV series slated to debut soon. Karen is also an adjunct professor of writing at Liberty University. She and her husband, Donald, live in Tennessee near their children and grandchildren.
"Award-winning author Karen Kingsbury is known for her emotional, heart-tugging novels, and her latest is no exception.... A tale of forgiveness and love.”
— Woman's World Magazine