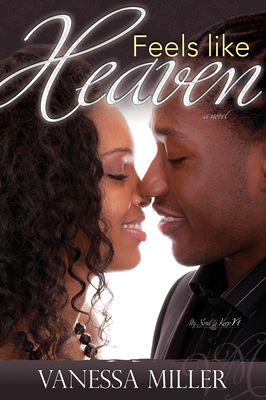 
Email or call for price

This is book number 1 in the My Soul to Keep series.

Solomon Harris is a high-profile attorney based in Los Angeles who makes a decent living representing the stars of Hollywood. He's never met his father, an equally high-profile pastor based in Charlotte, North Carolina. So, when his father summons him from his sickbed in the hospital, Solomon isn't so sure he wants to meet him--or his half siblings who lived the life he might have known if his father had claimed him almost three decades ago.
Encouraged by his mother, Solomon finally agrees to fly to Charlotte. The visit prompts a predictable fallout with the family, along with plenty of unexpected results. Never did Solomon expect to represent his father in a court of law, or to find a love interest in a longtime friend of the family. But will the newfound love, of both his father and of a woman, be enough to break through the bitterness he's harbored all his life?

Vanessa Miller of Dayton, Ohio, is a best-selling author, playwright, and motivational speaker. Her stage productions include Get You Some Business, Don't Turn Your Back on God, and Can't You Hear Them Crying. Vanessa is currently in the process of turning the novels in her Rain Series into stage productions. Vanessa has been writing since she was a young child. When she wasn't writing poetry, short stories, stage plays, and novels, reading great books consumed her free time. However, it wasn't until she committed her life to the Lord in 1994 that she realized all gifts and anointing come from God. She then set out to write redemption stories that glorified God. Her books have received positive reviews, won Best Christian Fiction Awards, and topped best-sellers lists. Vanessa is a dedicated Christian and devoted mother. She graduated from Capital University in Columbus, Ohio, with a degree in organizational communication. In 2007, Vanessa was ordained by her church as an exhorter. Vanessa believes this was the right position for her because God has called her to exhort readers and to help them rediscover their places with the Lord.