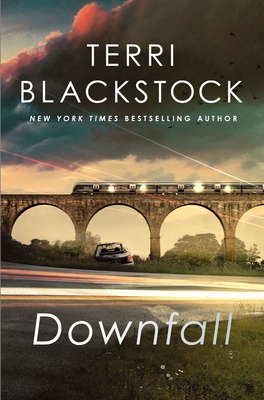 This is book number 3 in the Intervention Novel series.

A girl with a questionable past. An Alfred Hitchcock movie. And a plan for a double murder conspire for one explosive ride.

Emily Covington has turned her life around after a drug addiction, but her family still has trouble trusting her. Though Emily has committed herself to a year-long treatment program and has been sober for almost a year beyond that, even her mother walks on eggshells around her, fearing she'll relapse. After her behavior during her drug years, Emily realizes she has a lot to prove.

When police discover a homemade bomb under Emily's car, and she then learns the wife of one of her friends was murdered that same morning, she knows things are deadly serious. But who wants her dead?

A conversation she had with two men, an Alfred Hitchcock movie, and a plan for a double murder all conspire for one explosive ride . . . and Emily is the only one who can identify the killer and save the life of the next potential victim. But will anyone believe her?

As she frantically works to solve this ever more complicated puzzle and convince the authorities of the truth, Emily finds the focus of the investigation turned back on her. She's played right into the killer's hands . . . and he won't stop until more lives are destroyed.

Terri Blackstock spent the first twelve years of her life traveling in an Air Force family. She lived in nine states and attended her first four years of school in the Netherlands. Because she was a perpetual "new kid," her imagination became her closest friend. That, she believes, was the biggest factor in her becoming a novelist. She sold her first novel at the age of twenty-five, and has had a successful career ever since.In 1994, Terri was writing romance novels under two pseudonyms for publishers such as HarperCollins, Harlequin, and Silhouette, when a spiritual awakening prompted her to switch gears. At the time, she was reading more suspense than romance, and felt drawn to write about ordinary people in grave danger. Her newly awakened faith wove its way into the tapestry of her murder mysteries, offering hope instead of despair. The prevailing theme of her novels is that the crisis is sometimes the blessing, and that all of life is a test. Her goal is to entertain with page-turning plots, while challenging her readers to think and grow. She hopes to remind them that they're not alone, and that their trials have a purpose.Her latest bestselling book, Predator, has received rave reviews because it deals with the dangers of social networking and has encouraged readers to change their online habits. Other recent books include Intervention, a 2010 Carol Award winner and New York Times bestseller. She's also known for her popular Restoration Series, Newpointe 911 Series, SunCoast Chronicles series and Cape Refuge series.Terri makes her home in the deep south, where she and her husband enjoy their empty nest after raising three children. www.terriblackstock.com